Miami is the movie star of American cities—pretty, glossy, and at certain moments, a tad too slick. Here’s how to do it the way the celebs do.

The Academy Awards will be beamed out live to millions of international television viewers, who will be gripped in an onslaught of star-gazing, followed by the inevitable judging of over-reaching red carpet ensembles. When it happens, Miami is the place to live like a star, or simply channel your inner Oscars moment. South Beach, in particular, remains in perennial Academy Awards mode, full of establishments that movie stars really haunt during visits to the city. Here’s how to take their cue, and enjoy the city the way the A-List does.

For the Academy Awards, The Standard Spa, Miami Beach will be the place to spot intelligent anti-Hollywood stars—Tilda Swinton has been a guest—while contemplating the historical sweep of fame this hotel, now celebrating its tenth anniversary, has seen over the years. Patti Smith turned out for a Miami Book Fair International party in 2010. During Art Basel 2012, Jay-Z and Beyonce attended the Standard Press launch of “Wrinkles of the City: Havana,” created by artists JR and Jose Parla. During your trip, snatch a bit of reflected Oscar glamour just by holing up here.

High-end shopping is part of the celebrity lifestyle, achievable at the Bal Harbour Shops, which has hosted such stars as Kanye West and Sofia Vergara. Just brace yourself for price tags befitting a true celeb: At The Webster, a Dior Homme blazer will set you back $2,000, while at Oscar de la Renta a black tulle embroidered gown is $12,990, and Tiffany & Co. can offer a $600,000 diamond necklace to pair with it.  Stephen Starr has two hot restaurants at the Bal Harbour Shops, Le Zoo and Makoto, that see regulars like Jonah Hill and Kim Kardashian.

The Oscars is an international event, and the tasty menu put together by chef Mathias Gervais at the new Jaya restaurant at The Setai feels like taking a trip around the world. Note the Thali Platter of Indian delicacies, which can be followed by a feast of Thai Beef and Peking Duck. Amid the chaotic crush of South Beach, The Setai—with a roll call of famous guests that have included Madonna, Jennifer Hudson, and Britney Spears—is a welcome refuge, the perfect setting for a grand smacks-of-stardom dinner. 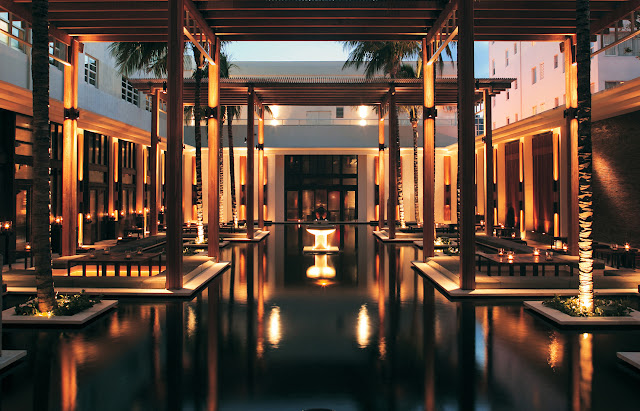 Leonardo DiCaprio, who has been nominated for his performance in The Revenant, has—like many other stars—hired Basement Bowl at the Miami Beach Edition for a private party. Kicked into high gear by Ian Schrager, the celebrity-clogged Edition has a basement-level rec room with a four-lane bowling alley, ice skating rink, and a chic little nightclub. Food for your guests can be provided by Jean-Georges Vongerichten, the chef behind the eateries onsite. If a game or two at Basement Bowl is good enough for DiCaprio, it’s probably good enough for you.

Miami’s always a big-budget production, and the 3,500 square foot Beach House suite at 1 Hotel South Beach is true celebrity terrain. In-room dining is available from Tom Colicchio’s top-notch Beechcraft restaurant, located in the hotel lobby. Another option is to stop in at “Prey,” chef Bun Lai’s casual pop-up restaurant on the roof deck. Stars on the order of John Legend, Cindy Crawford, and Jessica Alba have turned up at the property, working out at the SoulCycle studio or enjoying the eco-conscious cred of the AgroSci-designed living green walls in the lobby. 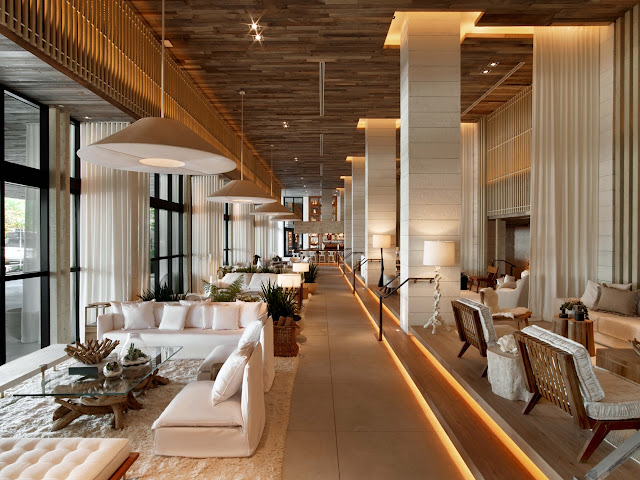